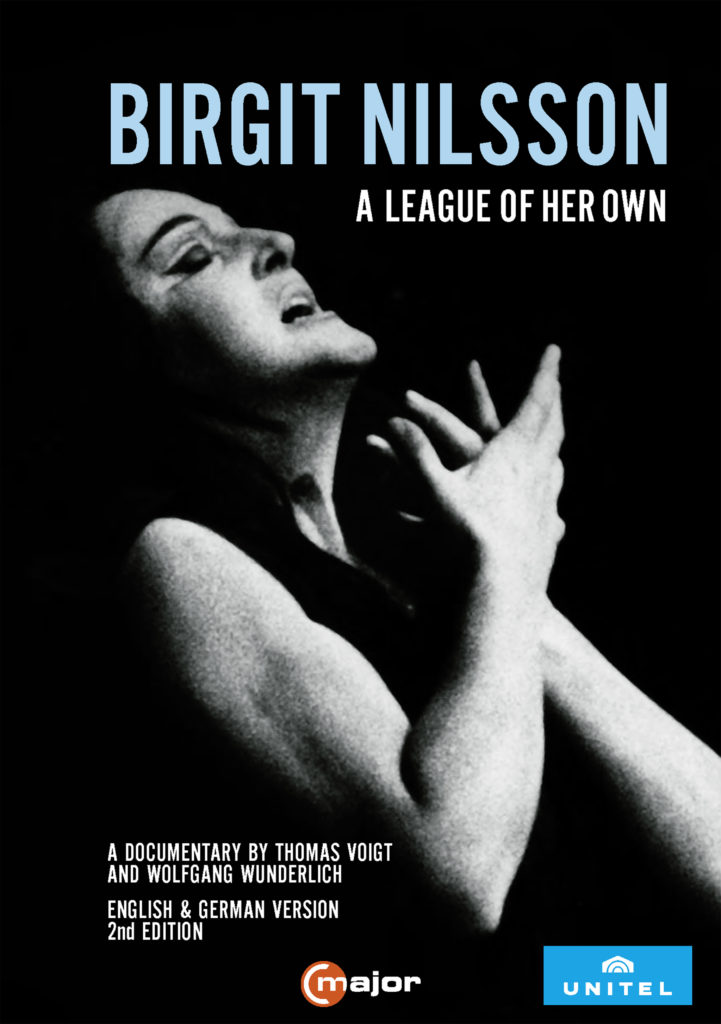 Birgit Nilsson – A League of her Own

An intimate portrait of Birgit Nilsson (1918 – 2005) on the occasion of her centennial on 17th May 2018. The Swedish soprano had an incredible technique and was the world s leading dramatic soprano between 1955 and 1975. Rare TV and archive footage shows Nilsson at work, and is complemented by interviews with Plácido Domingo, Otto Schenk, James Levine, Nina Stemme, Jonas Kaufmann, Marilyn Horne, Christa Ludwig and many others. The film reveals a sensitive woman behind the honest, down to earth, quick-witted artist, who had „a voice like fire and ice“ (Antonio Pappano). The documentary includes footage from the farm in Bastad/Sweden, where Nilsson grew up and spent the summers until the end of her life, the Royal Opera in Stockholm, where the legendary Wagnerian singer made her operatic debut in 1946, and archive material from the Bayreuth Festival, the Wiener Staatsoper and the Metropolitan Opera in New York, where Nilsson was the star and box office draw.